Copyright © 2022 By News7Health Corp., with all rights reserved domestically and internationally.
Home Nutrition & Diet The Best Foods For Controlling Autoimmune Diseases: What You Eat Can Make A Big Difference
Nutrition & DietFeaturedHealth SupplementsHealthy Lifestyle

The Best Foods For Controlling Autoimmune Diseases: What You Eat Can Make A Big Difference

A good diet is always part of a healthy lifestyle, but making wise food choices is critical for millions of people living with one of the serious medical conditions known as autoimmune diseases. 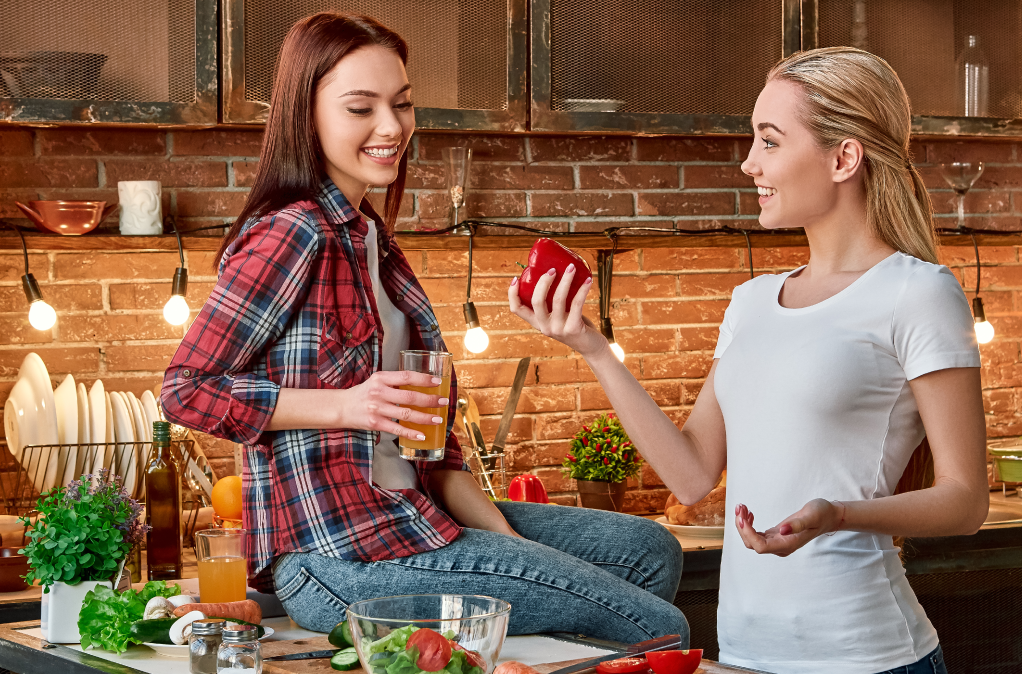 A good diet is always part of a healthy lifestyle, but making wise food choices is critical for millions of people living with one of the serious medical conditions known as autoimmune diseases. Doctors have learned a great deal about this category of illnesses in the century since they were first diagnosed, but many key questions are still unanswered. A wide variety of treatment plans have been developed to deal with specific diseases and the symptoms they cause, and following a healthful dietary regimen is a big part of many of those plans. [This article, “The Best Foods For Controlling Autoimmune Disease: What You Eat Can Make A Big Difference” was originally published in News7Health]

What are autoimmune diseases?

Autoimmune diseases are caused by the immune system attacking various parts of the body instead of protecting them. Scientists have been unable to find a clear answer as to why these attacks occur, but it appears that the immune system becomes unable to distinguish between normal healthy tissue and invading disease cells. This failure causes the body to produce antibodies or certain types of white blood cells that damage normal cells.

Diseases of the joints and muscles

Diseases of the nervous system

Diseases of the skin

Diseases of the digestive tract

Diseases of the endocrine system:

More detailed information about the effects of autoimmune diseases on the human body can be found on these sites:

What are some risk factors for autoimmune diseases?

Although researchers have not yet discovered the actual causes of autoimmune diseases, patterns have been seen in the development of several of them. Patients with many of the diseases do seem to have certain things in common, including:

Genetics, because it appears that some autoimmune diseases run in families

Some medications, especially those for blood pressure, statins and antibiotics

Similar illnesses, because people who have one autoimmune disease are at a higher risk of developing another.

What are the best foods for autoimmune diseases?

Many of the treatment plans developed by doctors for their patients suffering from autoimmune diseases include an emphasis on diets rich in anti-inflammatory nutrients. The Harvard School of Medicine reviewed several of these and found that they often include these specific foods: salmon, avocado, turmeric, ginger, dark chocolate, raspberries, blueberries, nuts, seeds, and vegetables, and tea    . Scientists are not certain why these foods appear to benefit patients suffering from autoimmune diseases, but some have speculated that they interfere with the inflammatory processes that result from the attacks on healthy cells.

Although many of the diets have certain foods in common, there is no one single anti-inflammatory regimen that has been accepted by the medical community for treating autoimmune diseases. Most of the plans do emphasize eating a wide variety of fruits and vegetables, unsaturated fats, minimally refined whole grains, tea, coffee, herbs, spices, and oily fish. Two popular regimens – the Mediterranean diet and the DASH diet – already showcase many anti-inflammatory foods and are sometimes recommended as part of a treatment plan for autoimmune diseases.

A typical anti-inflammatory diet may not offer strict rules about calories or portion sizes, but it will often suggest a variety of anti-inflammatory foods to eat daily rather than focusing on eating one or two specific nutrients. This variety of protective food components may work together to boost immunity and provide other nutritional benefits as well as their effect on autoimmune diseases. Foods that are emphasized on these diets include:

Vegetables: a healthy variety of these are recommended with the exception of nightshade vegetables and algae

Meats that have been minimally processed, such as wild game, fish, seafood and poultry

Tubers such as sweet potatoes, taro and yams

Natural sweeteners such as maple syrup and honey, in moderation

Herbs and spices such as turmeric and ginger

Vinegars such as balsamic, apple cider, and red wine vinegar, with no added sugars

Other healthful diet plans for sufferers of autoimmune diseases, along with their pros and cons, can be found on these sites:

Nutritionist Resource: What is best diet for autoimmune disease

Bad diet is a bad idea for autoimmune patients

The other side of the nutritional coin is that many of the popular elements in a typical American diet may exacerbate the symptoms of autoimmune diseases. Recent research has focused on foods and dietary patterns that can lead to something called metaflammation, which is a chronic low-level of inflammation that can damage cells and make them more vulnerable to attack. Metaflammation is especially associated with diets  high in processed meats, saturated fat, refined sugars, salt, and white flour while being low in fiber, nutrients, and phytochemicals.

Additional factors for this chronic condition include a lack of exercise and high levels of stress. Metaflammation usually doesn’t produce noticeable symptoms, but left unchecked it can lead to serious long-term conditions in addition to autoimmune diseases.

Research published by the Harvard School of Medicine found that a major cause of this low-level inflammation is the build-up of fatty acids in fat tissue. This can cause those tissues to send signals to immune cells that produce inflammation in various parts of the body, increasing the risk of cell damage due to higher immune cell activity.

What are the best nutritional supplements for autoimmune diseases?

Even with a balanced, healthy diet, some people may still be lacking some essential ingredients for minimizing the impact of these conditions. In those cases, adding certain nutritional supplements may be suggested by medical professionals in conjunction with other treatments. Vitamin D capsules and fish oil pills are two of the most popular additions, with both showing promising results for some patients with autoimmune diseases.

Deficiencies of other nutrients are believed to be connected to some autoimmune problems, so finding other sources of these vitamins and minerals may also be recommended:

For more information about specific supplements, you may want to visit these sites:

Healthline: Chronic inflammation & low vitamin levels may be the cause

CNBC: 4 Vitamin Supplements this doctor takes every day for a strong immune system

Finding the best foods for autoimmune disease gets personal

Many of the foods and supplements recommended for patients with autoimmune disease are now sold by companies that provide all-natural, vegan, and non-GMO products. The reasoning behind this emphasis is to help people avoid additives and other products that might trigger inflammation and other problems associated with the diseases.

The search for purer, cleaner products led to the formation 10 years ago of an Australian company, Nuzest, which sells its plant-based supplements and other products worldwide. Company founder and CEO Trevor Bolland formed the company as a result of his personal search for products that would benefit his daughter Monique, who was diagnosed with multiple sclerosis at age 22. Not satisfied with the bleak prognosis they were given, they looked to health experts all over the world for advice and turned a diagnosis of an autoimmune disease into a directive to help others.

“We looked for changes she could make in her diet and lifestyle,” Bolland says of his daughter. “We knew it wasn’t a cure, but it has helped her control the symptoms of the disease, and we’ve managed to get her life back in balance.”

Although his company remains headquartered in Sydney, Australia, Bolland says his products are available all over the world and can be ordered in America through

The best foods, plus the best treatment plan, yield the best result for autoimmune diseases

Researchers are still hoping to find a breakthrough that will lead to cures for the various forms of autoimmune diseases. In the meantime, healthful diets and exercise hold out the promise of helping patients deal with the symptoms and make their lives more normal. In addition to diet, other forms of treatment are available, including:

The use of painkillers and anti-inflammatory medicines

Medications for depression and anxiety

Creams and pills for rashes

Medicines that suppress the immune system

Patients can find more information and support from the Global Autoimmune Institute, which maintains this site:

Yerba Mate is an Elixir. It Delivers on These 9 Incredible Health Benefits