Vitamin K, which is actually the name designated for several interesting and important fat-soluble substances, is an essential component of human metabolism and functioning. While true vitamin K deficiency is rare, many Americans may not consume enough of this essential vitamin to enjoy the health benefits. Vitamin K can help you to have healthier arteries, stronger bones, younger-looking skin, and a sharper mind. 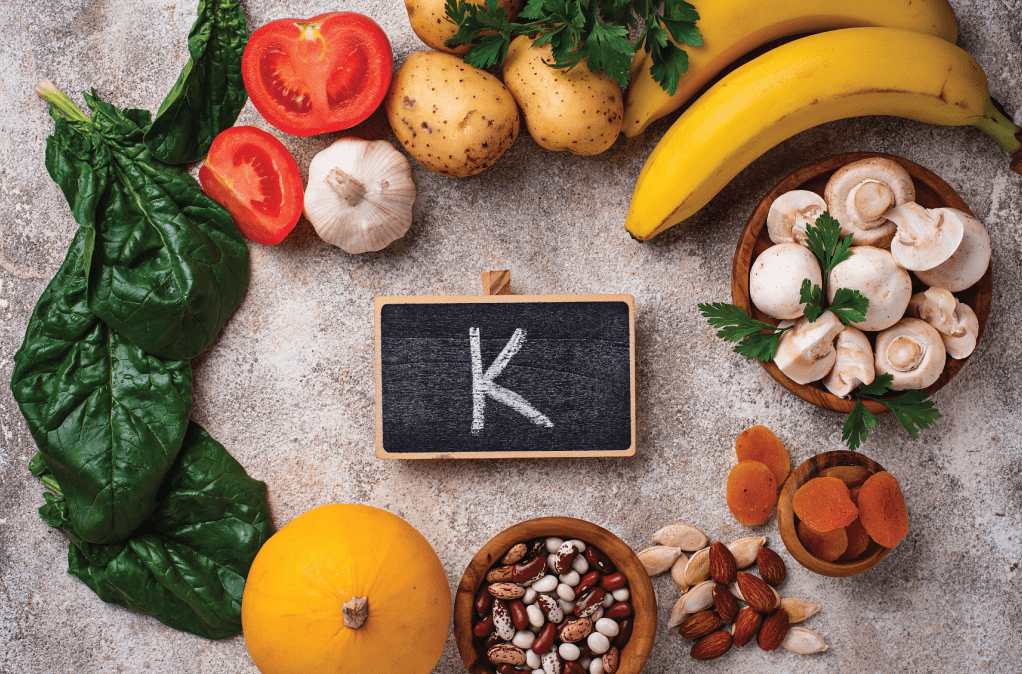 Vitamin K is gaining popularity as a ‘super-micronutrient’ for its capacity to support healthy bones, heart health, and brain health.  Perhaps best known for its role in blood clotting, vitamin K is a fat-soluble vitamin with an essential role in multiple physical processes ranging from bone formation to neuron proliferation.  True vitamin K deficiency is rare and may occur with antibiotic use, heavy alcohol use, or diseases that block absorption in the digestive tract, such as Crohn’s or celiac disease; however, many Americans may not be getting enough of this essential nutrient. [This article, “Vitamin K: 5 Great Benefits of This Little-Known Essential Vitamin” was originally published in News7Health]

Vitamin K has its effect primarily through the production of important proteins such as prothrombin, a protein essential for blood clotting.  The anticoagulant drug, warfarin, works to block the activity of vitamin K.  People who take this blood thinner must monitor their vitamin K consumption as too little may cause bleeding, and too much may cause clotting.  Signs of vitamin K deficiency include bruising or bleeding problems.

While it is generally thought that most Americans get enough vitamin K through diet, some research has revealed that only about one-third of Americans have an adequate intake of vitamin K through food.  There is no Recommended Dietary Allowance (RDA) for vitamin K; however, an ‘adequate intake’ (AI) has been established at 120 mcg for men and 90 mcg for women.  A half cup of spinach, considered a good source of this essential nutrient, contains about 72 mcg of vitamin K.  Unlike with other fat-soluble vitamins, it is difficult to reach toxic levels of vitamin K, as excess is excreted in urine or stool.  Over time, inadequate intake can increase the risk of heart disease, osteoporosis, or even dementia.

The term ‘vitamin K’ actually describes a group of compounds.  The two most significant types of vitamin K are K1 and K2, and they work similarly in the body.  Vitamin K1, or phylloquinone, is found primarily in leafy greens such as kale and spinach, soybean oil, and some fortified meal replacement drinks.  Vitamin K2, or menaquinone, occurs in smaller amounts in meat, cheese, eggs, and fermented soybeans.  Menaquinones are also produced by bacteria in the gut, which is why a healthy gut microbiome supports vitamin K levels.

Vitamin K is a heart-healthy nutrient that may even lower the risk of coronary artery disease.  Vascular calcification occurs when minerals like calcium are deposited in blood vessels, reducing blood flow and increasing blood pressure.  Arterial calcification reduces arterial elasticity and is a risk factor for heart disease.  This calcification may also occur in the valves of the heart.  Vitamin K helps the body to produce a protein called Matrix Gla-protein, which is thought to reduce abnormal calcification.  Animal studies have shown that high levels of vitamin K may reduce calcium buildup in arteries, and these heart-healthy attributes of vitamin K are being investigated in humans.

Healthy levels of vitamin K can also keep your bones strong.  This essential nutrient helps the body to make osteocalcin, a protein essential for bone building.  Some studies have shown that people who get plenty of vitamin K through diet or take vitamin K supplements have stronger bones and a lower risk of hip fracture.

Adequate intake of vitamin K is important throughout life, as deficiency may increase the risk of osteoporosis, a disease in which bones become fragile and porous.  Both men and women over 50 are at risk of fracture due to osteoporosis, and the prevalence of this disease was about 12.6% for this age group in 2018.

‘Inflammaging’ is a term coined in 2000 to describe the potent role of chronic inflammation in the aging process and its capacity to accelerate aging.  Vitamin K is increasingly being recognized as a ‘super-micronutrient’ for its anti-inflammatory properties and its capacity to slow the process of inflammaging.  In addition, some animal studies have shown that vitamin K can suppress the production of pro-inflammatory cytokines in the body.

As a powerful antioxidant, vitamin K blocks the production of free radicals, exerting a protective effect against oxidative stress.  Oxidative stress, a known contributor to chronic inflammation, occurs when there is an imbalance between antioxidants and free radicals in the body, allowing free radicals to damage tissues, proteins, and DNA.  Certain diseases with inflammation as a causative factor, such as cystic fibrosis, inflammatory bowel disease, chronic kidney disease, and pancreatitis, have been associated with vitamin K deficiency.

While they play a significant role in preventing inflammatory diseases, the antioxidant properties of vitamin K also protect against the skin damage caused by free radicals.  Free radicals that accelerate skin aging are usually caused by environmental pollutants and exposure to the harmful rays of the sun.  While it is difficult to avoid free radicals, you can consume a diet rich in antioxidants like vitamin K to slow the aging process.

Healthy vitamin K levels can help you to maintain a healthy complexion from a variety of different angles.  Vitamin K slows the aging process by boosting the production of new skin cells so that during normal cell turnover, healthy new cells appear at the surface.  This helps skin to look younger and brighter.  Vitamin K helps the body produce enough collagen, which maintains skin elasticity and slows the development of fine lines.  As it maintains vascular health, vitamin K can make your skin appear brighter by reducing other signs of aging like varicose veins, undereye puffiness, or dark circles.

Vitamin K maintains healthy brain function through its role in the metabolism of sphingolipids.  Sphingolipids are a type of lipid found in brain cell membranes that are essential to proper brain development and function.  Research has shown that alterations in sphingolipid metabolism are linked with cognitive decline and even the development of Alzheimer’s disease.  Furthermore, vitamin K deficiency has been associated with dementia.  Symptoms of dementia may include forgetting the names of loved ones, mood changes, difficulty communicating, and struggling with daily tasks.

The impact of vitamin K on brain health may even include improvements in cognitive function when levels of this essential nutrient are high.  Studies of older adults have shown better cognitive function in subjects with high vitamin K levels.  In addition, some research has associated high levels of vitamin K with improved verbal episodic memory.  Verbal episodic memory involves the ability to recall lists of words or stories.

First day is a notable United States-based dietary supplement maker that offers scientifically researched formulas made with the most bioavailable forms of healthy nutrients.  Men’s Daily Provisions is a First Day multivitamin in gummy form with 45 mcg vitamin K per serving.  With a low sugar content and no artificial ingredients or additives, Men’s Daily Provisions provides you with all the basics plus an extra dose of this rising super-micronutrient.

Nutrition is key to good health

While it is possible to consume adequate quantities of vitamin K through a healthy diet, many Americans struggle to consume enough vitamin K-rich foods like spinach and kale to maintain healthy levels of this essential nutrient.

As recent research has shown that up to two-thirds of Americans may not have adequate vitamin K intake through diet alone, it’s important to consider supplementing through either nutritional shakes or multivitamins.  First Day offers a multivitamin for men with a healthy dose of vitamin K to support bone health, heart health, skin health, and cognitive function.  Preventive care is truly the best medicine, and if you maintain a healthy diet and consume the right supplements, you can go a long way toward stopping serious disease in its tracks.  Nutrition is key to good health, and in this case, the simplest solution is also the best.

Cleveland Clinic: Do You Need Vitamin K Supplements for Your Bone Health?

Healthy Eats:  The One Supplement You Need to Be Taking: Vitamin K2

How To Get Better Sleep: 16 soothing suggestions to help you enjoy better sleep night after night

Optimize Your Pre Workout with Creatine